SIMUNE is a company expert in ATOMISTIC SIMULATIONS offering services for leading industrial, academic and research customers working with materials (semiconductors, energy storage, new compounds, etc.). We train researchers on atomic scale simulation techniques, we cooperate with them in complex simulation challenges and give them professional support in order to accelerate and optimize the materials design process.

SIMUNE was launched as a joint venture of a group of scientific experts and the Nanoscience Cooperative Research Center CIC nanoGUNE (www.nanogune.eu). SIMUNE is based at the nanoGUNE facilities in Donostia – San Sebastián (Spain).

We provide computer simulation services to companies developing innovative and cutting-edge technology based on the properties of the materials at atomic scale. 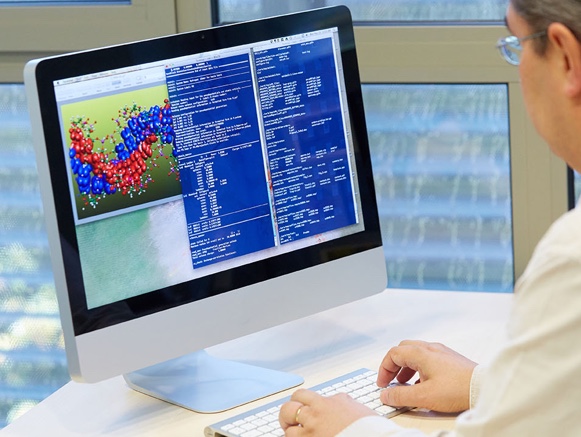 We believe that searching for new materials or improving the properties of existing ones will make a difference for companies of very diverse sectors such as, for example, electronics, energy, automotive, aerospace, and pharmaceutics. The use of computer simulations will bring out in cost and timing savings for our customers during the early stages of the development of new added value products, by shortening the usually long and expensive experimental processes.

We provide ad-hoc materials simulations for industry by expert advice, using the right tool for each application, and also help to include this know-how in your team by training your staff or developing tailored computer software for your particular applications. Our tools are mainly (but not only) based on ab initio techniques that allow us to calculate and simulate the properties of the materials from first principles. These simulations allow the optimization and characterization of the properties of existing materials or the design and development of new ones. 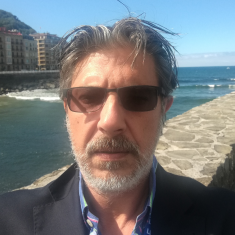 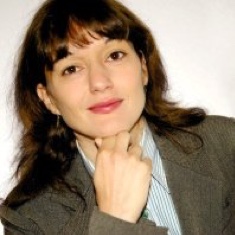 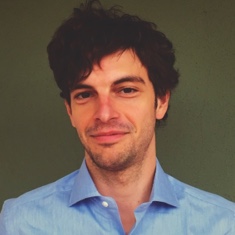 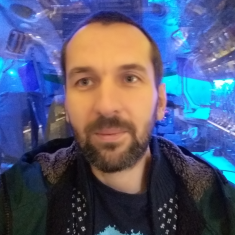 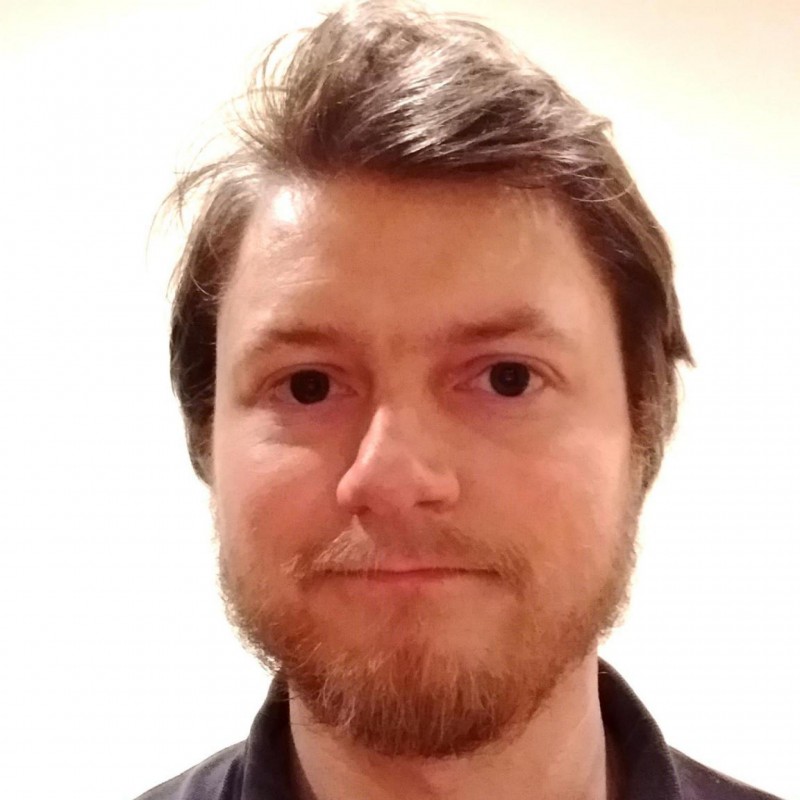 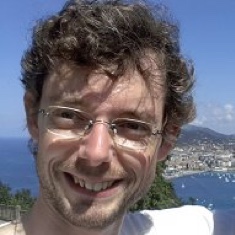 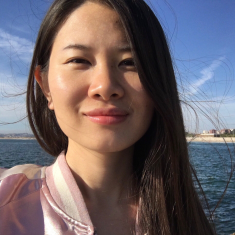 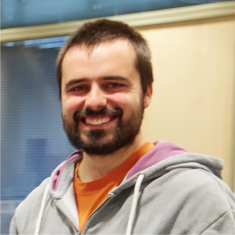 Currently, the main areas of interest in Pablo Aguado-Puente’s work are ferroelectricity and thermoelectricity. Pablo Aguado-Puente  received his PhD in Physics by the University of Cantabria (Spain) in 2011 for his work on screening mechanism of ferroelectric thin films. From 2013 to 2017 he worked as a Postdoc in the groups of Prof. Emilio Artacho (CIC NanoGUNE and DIPC) and Prof. Ivo Souza (University of the Basque Country) studying the coupling between ferroelectricity and 2D electron gases as well as magnetoelectric phenomena in bulk materials. Since 2017 he is a Research Fellow at Queen’s University Belfast working on methods for the calculation of the electronic structure of thermoelectric materials. 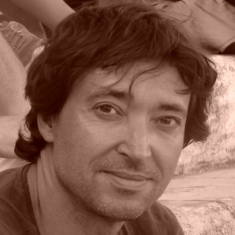 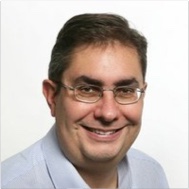 Prof. Emilio ArtachoHead of the Theory group at nanoGUNE and Professor of Theoretical Mineral Physics at the Cavendish Laboratory of the University of Cambridge
read more

In 2001, Emilio Artacho was appointed Lecturer at the Earth Sciences Department of the University of Cambridge (Department of Earch Sciences). He became Reader in Condensed Matter Simulations in October 2002, and Professor of Theoretical Mineral Physics in October 2006. In 2007, he was Visiting Miller Professor at the University of California, Berkeley, hosted by the Department of Chemistry. In 2011, his Cambridge professorship was transferred from the Earth Sciences Department to the Cavendished Laboratory and he was also appointed Ikerbasque Research Professor at nanoGUNE.

Emilio’s research interests include computational and theoretical condensed matter physics, and the computer simulation of solids and liquids from first principles. He is currently focused on three main lines of research: Oxide heterostructures including multiferroics, liquid water and water/solid interfaces, and non-adiabatic processes related to the radiation damage of materials.

Prof. Pablo OrdejónDirector of the Institut Catalá de Nanociència I Nanotecnologia (ICN2) and Head of the Theory and Simulation Group
read more

PhD in Physics in 1992 at the Autonomous University of Madrid and post-doctoral fellow (1992-1995) at the University of Illinois in Urbana-Champaign (USA). In 1995, he became Assistant Professor at the University of Oviedo. In 1999, he obtained a tenured position at the Institut de Ciència de Materials of Barcelona of the CSIC (Consejo Superior de Investigaciones Científicas), where later became Research Professor. In 2007, he became a founding member of the Centro de Investigación en Nanociencia y Nanotecnología, currently named Institut Català de Nanociencia I Nanotecnologia (ICN2), where he was appointed Director in July 2012.

Pablo’s research is focused on the development of efficient methods for electronic-structure calculations in large and complex systems, contributing importantly to the technical development of first-principles atomistic simulations. He has been a pioneer in the development and application of first-principles methods for the electronic transport in nanometric devices. His areas of interest, among others, include the electronic transport in nanodevices and electronic processes at surfaces. He frecuently collaborates with industrial laboratories for the atomic-scale simulation of materials. 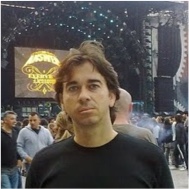 Juan José Palacios has a broad experience in Condensed Matter Physics. His current research interests are mostly related to the physics of graphene, topological insulators, molecular electronics, and nanoelectronics. He developed a pioneering research project related to first-principles calculations of quantum transport; in this framework, he developed a number of codes that are distributed free of charge under the denomination ANT (Atomistic NanoTransport). 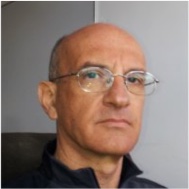 PdD in Physics at the Autonomous University of Madrid (UAM) in 1984. After his post-doctoral studies at IBM Research Laboratories in Zürich and Yorktown Heights, Soler returned to Universidad Autónoma de Madrid where he holds a Cathedra in Condensed Matter Physics.

His research has been both in the development of methods for electronic structure calculations, such as SIESTA, and the use of all those methods that are used in simulations of various materials, from surfaces to nanowires, polimers and DNA.

J. M. Soler has published more than 120 scientific articles and has received, in average, more than 100 quotations per article. 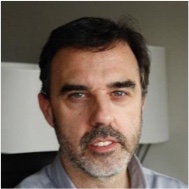 Garcia-Vidal received his master’s degree in Physics (1988) and his Ph.D. degree in Physics (1992) from UAM. From 1994 to 1996 he was a post-doctoral staff researcher at the Imperial College of London, working in the group of Prof. Sir John Pendry, where he began to work in the field of Plasmonics. Since 1997 he has been associated with the Universidad Autonoma de Madrid, first as an associate professor and since December 2007 as a full professor. Since 2013 he is also Director of the Condensed Matter Physics Center (IFIMAC) at UAM.

Garcia-Vidal and his group has made internationally recognized contributions in different areas within Plasmonics as: Surface Enhanced Raman Scattering, theoretical explanation of the phenomenon of extraordinary transmission of light through subwavelength apertures, non-linear phenomena associated with surface plasmon excitation, control of propagation of surface plasmons in structured surfaces and light waveguiding using surface plasmons. During this time, his group has also developed different numerical and theoretical techniques able to deal with the complex electromagnetic fields emerging in Nanophotonics. Among them we could cite: modal expansion, transfer matrix techniques, finite difference time-domain methods, multiple multipole method and Green’s function techniques. Garcia-Vidal has published more than 200 articles in international journals and has given over 80 invited talks in international conferences. Garcia-Vidal’s articles have received more than 12.800 citations (ISI Web of Knowledge) and his Hirsch factor is 51. He has been recently included in the list of the 140 most influential physicists of the decade 2002-2012 elaborated by Thomson Reuters. 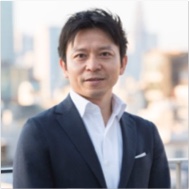 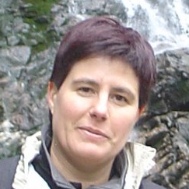 He got his Ph.D. in theoretical and computational chemistry in 2006 at the Universitat Autònoma de Barcelona. He got postdoctoral positions at École Normale Supérieure de Lyon in 2007 and at Computer Chemie Centrum and Cluster of Excellence Engineering of Advanced Materials in 2009. He was visiting researcher at the Laboratoire de Catalyse en Chimie Organique – Université de Poitiers in 2008, 2010 and at the Institute de Chimie des Milieux et Matériaux de Poitiers – Université de Poitiers. He got a Torres Quevedo Fellow in ICIQ – Institut Català d’Investigació Química. Researcher and teaching assistant in Centro de Química e Bioquímica – Universidade de Lisboa. In 2017, Adrià Gil Mestres started as GIPUZKOA Fellow in CIC-nanoGUNE where he is doing his independent research. 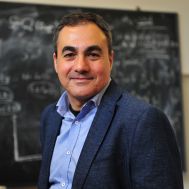 PhD in Condensed Matter Physics in 1998 at the Universidad Autónoma de Madrid, research associate in 1999-2001 at the Physics Department, University of Illinois at Urbana-Champaign, USA and Ramón y Cajal Fellow in 2002-2005 at Centro de Física de Materiales (CFM) CSIC-UPV/EHU in Donostia-San Sebastián, Spain. In 2005 he became a Tenured Researcher at CFM CSIC-UPV/EHU where he has developed his career ever since, becoming a Research Professor in 2018. He was elected Fellow of the American Physical Society for his contribution to the development of methodologies for electronic structure calculations in 2016.

His expertise and research interest cover the methodology of DFT based first-principles electronic structure calculations and their application to the study of nanostructures and surfaces. He is currently focused on the study of the electronic properties of covalent molecular networks and graphene nanostructures on surfaces in collaboration with several experimental groups, and the application of TDDFT and other first-principles techniques to problems in nanoplasmonics and ultrafast electron dynamics at surfaces. He has published over 160 scientific papers with a quite a large impact. 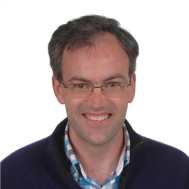 Associate Professor at the University of Cantabria

Javier Junquera got his BS. degree at the Universidad de Oviedo (Spain) in 1996. He moved to the Universidad Autónoma de Madrid, where he received his Ph.D. in 2001 under the supervision of Prof. P. Ordejón and E. Artacho. After a two year postdoc at the Université de Liège (Belgium; 2001-2003) working with Philippe Ghosez and one year postdoc at Rutgers University (New Jersey, USA; 2003-2004) in Karin M. Rabe’s group, he joined the Universidad de Cantabria as a Ramón y Cajal fellow. He was promoted to tenure in 2010. His most important methodological work is the contribution to the development of the SIESTA project (https://www.icmab.es/siesta). In particular, he was in charge of the development of a method to optimize automatically the quality of the basis set.

He has specialized in the study of ferroelectric size effects in nanostructures. He has contributed to put back in the forefront of fundamental research the role of the depolarizing field in ferroelectric thin films and predicted the formation of domains of closure in ferroelectric ultrathin films and superlattices. He has also set the standards for the computation of band offsets and Schottky barriers from first-principles.

Right now, he is involved in the development of “second-principles” methods. The goal is to achieve simulations of tens of thousands of atoms at operating conditions (finite temperature), describing the coupled dynamics of ions and relevant electronic degrees of freedom, and accessing scales and physical phenomena that have never been investigated so far with atomistic details and first-principles accuracy. 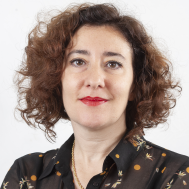 She leaded the Nanospintronics Group at RWTH Aachen, funded by the DFG. In 2015 – 2012 she was Marie Curie Intra-European Fellow at Forschungszentrum Jülich (Germany). She is a research group leader and  Steering Committee member of the European Theoretical Spectroscopy Facility (ETSF). In 2017 she has been elected Fellow of the Young Academy of Europe (YAE),  a pan-European network of scientists active in science policy, and since 2018 she is board member and treasurer of the YAE. She also member of the Executive Board of the Materials design at the eXascale – MaX http://www.max-centre.eu/. 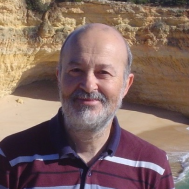 Fernando Martín García got his degree in “Quantum Chemistry” in 1984 and Theoretical Physics in 1986 in the “Universidad Autónoma de Madrid”. He completed the PhD in the same university in 1986. Afterwords, he made postdocs in the “Université de Bordeaux I” (1988), “Université de Paris VI” (1989-1990) and in the University of Chicago (1995-1996). He has been associate professor at the “Universidad Autónoma de Madrid” since 1993 until 2005 and, since then, full professor.
His research work focused mainly in (i) theoretical and computational modelling of photoexcitation and photoionization processes in atomic and molecular systems induced by synchrotron radiation and ultrashort pulse laser (fetmo- and attoseconds) and in (ii) studying the theoretical properties of nanomaterials. He directed 10 doctorate thesis and published more than 300 articles in journals such as Science and Nature. In the year 2000 he received the “Premio nacional de Investigación Rey Juan Carlos I”, in 2010 the “Real Sociedad Española de Química en Química Física” award and in 2011 the Advanced Grant XCHEM del European Research Council. 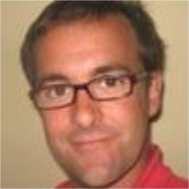 If you have already a recognised scientific career in materials-related simulations and think you could collaborate with us, please, do not hesitate to contact us, we want to know about you.

We are happy to hear from you. We adjust our support to meet the users requirements and provide solutions to their specific problem.