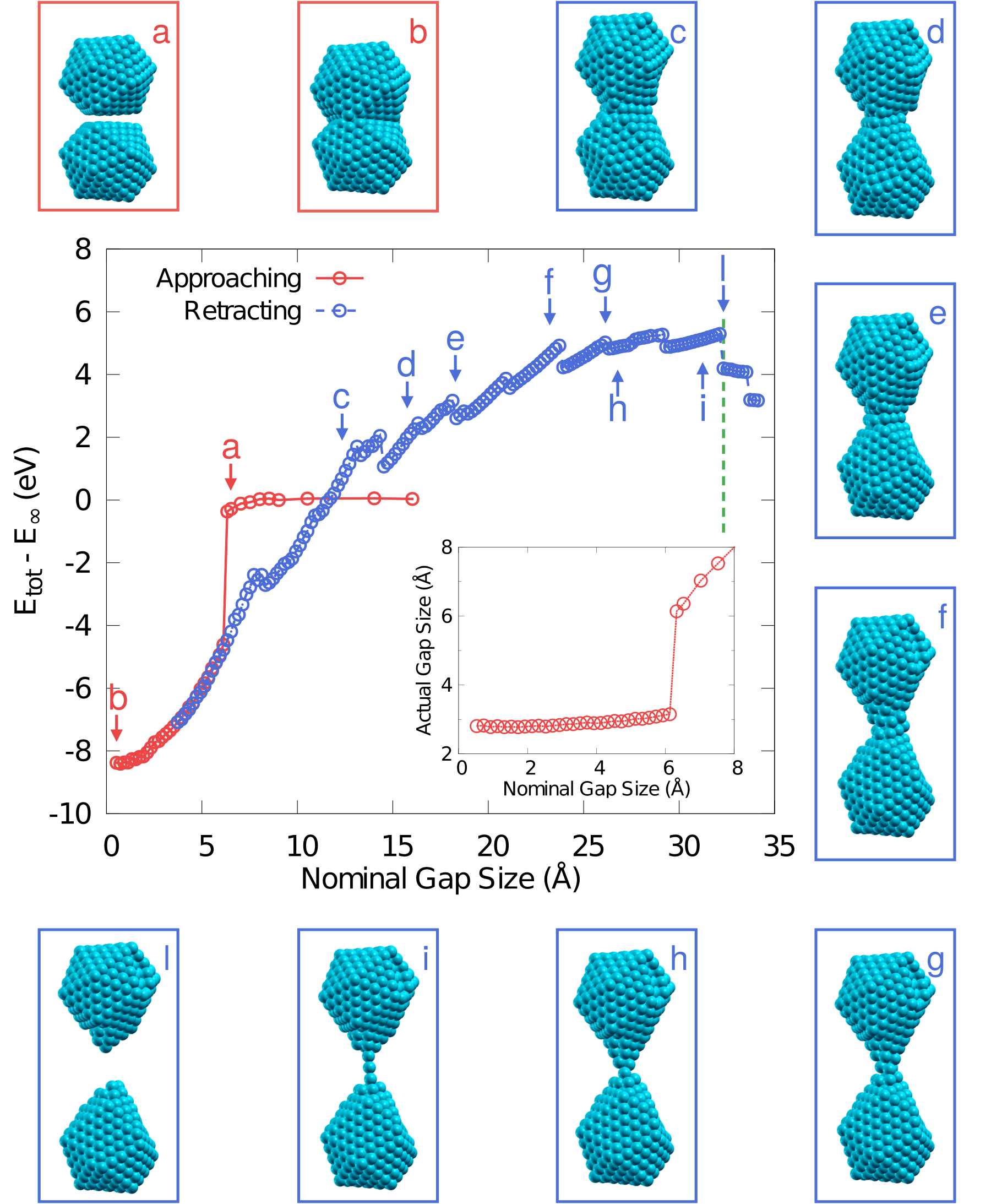 Figure: Density of states around the HOMO and LUMO of the lowest energy conformer of the GS pilin generated by QM optimization in vacuum (944 atoms) and in solution (4580 atoms).

Motivation of the modeling:

connection between transport and optics at the atomic scale, which is at the frontier of current optoelectronics and can drive new options in optical engineering of signals driven by the motion and manipulation of single atoms.

In such systems, collective electronic excitations at the surface of metallic nanostructures (surface plasmons)

are central for the development and the high optimization level of many techniques and processes, such as field-enhanced spectroscopy, thermotherapy, photovoltaics, optical sensing, optical nanoengineering, optoelectronics or near-field microscopy.

This study aims to analyse the plasmonic behavior of two metal nanoclusters pushed down to the realm of the atomic scale.

Achievements of the model:

The simulations performed showed that reorganization at the atomic scale are fundamental to describe the optical properties of metallic nanojuctions.
Events such as jump-to-contact and the following formation of metal nanocontact across the cavity are described with success. The former one can almost completely eliminate the plasmonic tunnelling regime while, the latter, characterized by sudden rearrangements of the atomic structure, affects the current flowing through the neck and so the optical response.

At the DFT level the simulations were performed using SIESTA while, the calculation of the optical properties were obtained using the TD-DFT, MBPT-LCAO.

Federico Marchesin, SIMUNE’s global product manager, is one of the authors of this work.