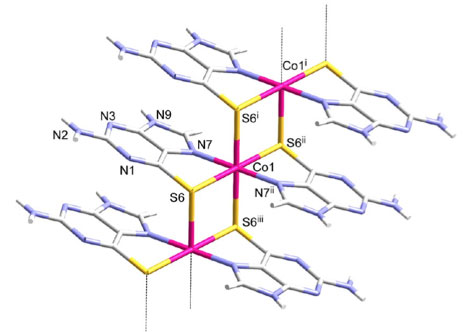 Figure I: Fragment of the polymeric chain on one of the compounds considered in this study. The labeling scheme is shown. 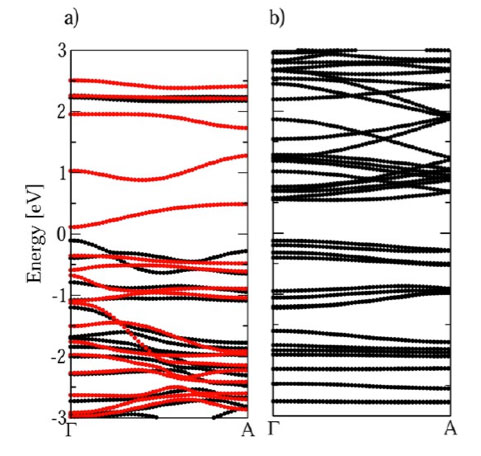 Figure II: a) Band structure of {[Co(6-ThioG)2]·2H2O}n: (a) Ferromagnetic solution. Red and blacklines correspond to majority and minority spin states, respectively and (b) Antiferromagnetic solution. The Fermi level is at the zero of the energy scale. Figure adapted from Amo-Ochoa, P., et. al. Inorg. Chem., 52, 5290−5299 (2013).

The interest in potential applications of systems containing metal ions and nucleobases in the context of nanoelectronics based on DNA and related systems prompted the authors of this work to consider such compounds as promising candidates in the area of molecular materials.

With the aid of DFT calculations, the electrical and magnetic properties of synthetized cobalt complexes are described and the results discussed in the context of molecular wires.

Computation of the DFT electronic structure of Co complexes. The firstprinciples calculations were performed using the linear combination of atomic orbitals (LCAO) method, implemented in the SIESTA code. Two different exchange-correlation functionals were employed: the nonlocal van der Waals density functional (vdWDF) of Dion et al. as implemented in the SIESTA code1 and the revPBE version of the generalized gradient approximation (GGA).

The following key issues were investigated:

Jose Soler, part of the SIMUNE´s board of experts and member of the core development team of the SIESTA code, is one of the authors of this work.