Figure I: Schematic of the considered configuration. A single nanodiamond hosting a single nitrogen vacancy centre (NV) is placed inside a V-groove channel waveguide. On excitation with a laser, the NV center couples, in ideal case, all of its emission into the VG-supported CPP mode. The channeled emission out-couples from the VG via the tapered nanomirrors at the VG extremities. 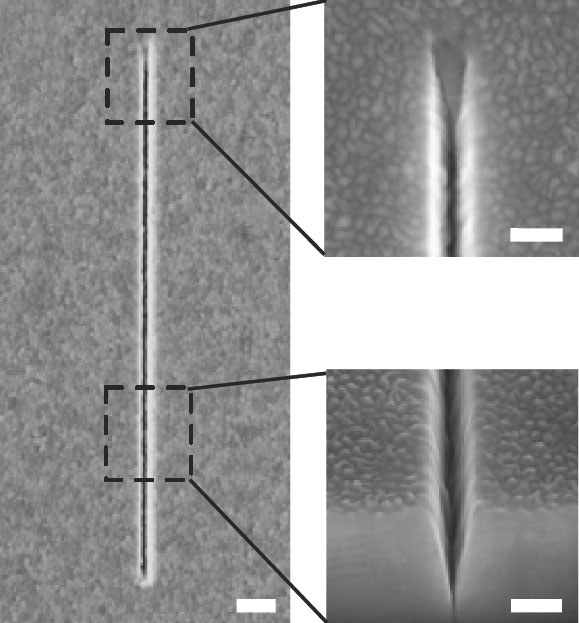 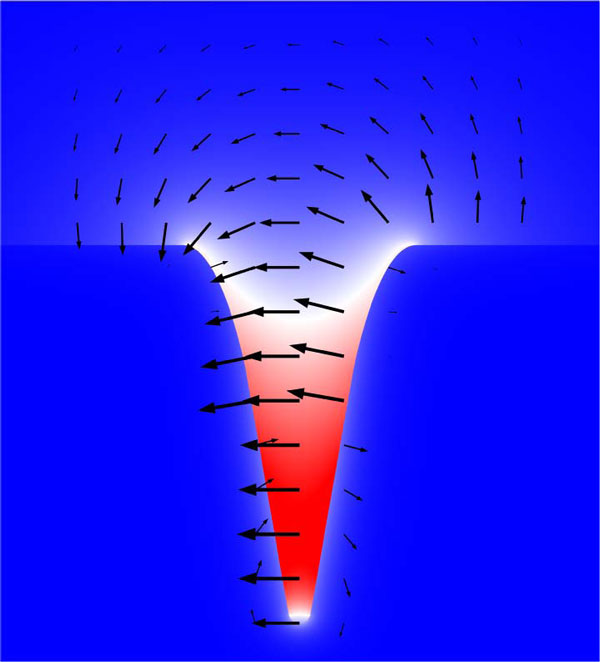 Figure III: Total electric field profile of the VG-supported CPP mode for a wavelength of 650 nm as calculated with COMSOL software.

One of the main challenges in developing future nanoscale quantum photonic circuits is to manage combining on a single chip a single photon source, waveguides,
modulators and detectors. An important milestone towards this ultimate goal is the deterministic coupling of a single quantum emitter to an integrated waveguide.

We first used numerical simulations to model the coupling between a quantum emitter and the V-groove plasmonic channel. Once an optimal theoretical configuration was identified, the experimental team used state-of-the-art techniques to assemble the structure using a single nitrogen vacancy centre, a single quantum emitter present in diamond, coupled to the channel plasmons supported by a V-groove channel. The observations obtained from the experiment revealed
efficient coupling of the NV centre emission to the propagating modes of the V-groove, in accordance with the theoretical predictions postulated by the theoretical team.

Electromagnetic calculations were performed using a Finite Element Method as implemented in the COMSOL multiphysics tool.

The following key information was provided by the numerical simulations:

Francisco J. García Vidal, part of the SIMUNE´s board of experts is one of the authors of this work.